Within the city of Birmingham, Alabama, and situated along the ridge of Red Mountain, are the three neighborhoods of:

Forest Park, developed in 1914, descends from the top of the ridge, following the mountain downward towards the popular area of restaurants and retail known as “Southside”.

Redmont Park, developed in 1925, sits at the pinnacle of the ridge, and has some of Birmingham’s most prestigious stone castles and grandest mansions.  Many have breathtaking views of the city lights at night. Redmont is situated just above the English Village commercial district.

These urban neighborhoods were developed in the early 1900’s, and have experienced a strong resurgence in the last twenty years or so. An interesting mix of many architectural styles popular in the early twentieth century can be found in these three neighborhoods, including:

Though only a few hundred homes belong to these neighborhoods, their authentic architectural details, along with close-in convenience to downtown and UAB, give these three neighborhoods genuine appeal. 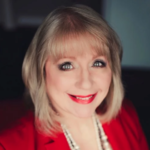 Shannon Holmes has been featured in Bloomberg BusinessWeek, as well as many other media platforms, for her real estate expertise. Shannon loves new technology, and is an expert at using that technology to have the most effective real estate marketing possible. Shannon services the Greater Birmingham Alabama areas of the Highway 280 Corridor, Mountain Brook, Hoover, Vestavia Hills, Homewood, Chelsea, Helena, Pelham, and Alabaster. Shannon can be reached at (205) 706-3975, or by email at [email protected]